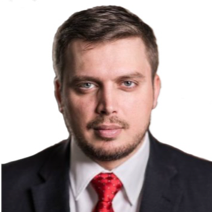 Ion describes himself as an adventurer (entrepreneur), philanthropist, and habitual troublemaker, who believes in turning innovative ideas into reality. A former technology student of Dr. Carayannis, Ion is also the COO of Global Blockchain Logistics (a Service Disabled Veteran Owned Small Business), a highly-decorated Iraq and Afghanistan wars veteran, and founding father of the “expeditionary energy economics” field. He served in the U.S. military as a special operations officer; and has held several technology leadership positions within 2 major DOD counterterrorism divisions—among other things, responsible for writing daily reports for the President of the United States. He has also been a NATO Fellow and has taught numerous courses on innovation and expeditionary logistics at various defense colleges around the world. A native of Bucharest, Romania, he holds a Bachelor of Business Administration in International Business from the George Washington University in Washington D.C., a Master of Arts (M.A.) in Strategic Security from the National Defense University in Washington D.C., and a M.A. in International Security from the German War College in Munich. He is also a recent graduate of the Harvard Kennedy School Executive Program in Cybersecurity Policies and of the Swedish Defense University. Most of his time is now spent building businesses that will make a positive difference in Eastern and Central Europe.